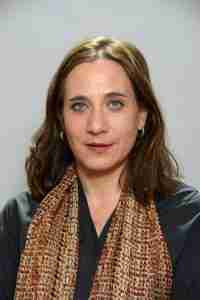 Anat Tzur has been appointed as the general director of the Jerusalem Foundation, the largest foundation in Israel dedicated to the development of a single city, which has raised 1.5 billion dollars for initiatives that advance Jerusalem’s well-being. The board of directors, headed by David Brodet, came to a unanimous decision about the appointment.
Tzur has a deep knowledge of Jerusalem, and the city’s trends and needs: She has served in a variety of senior positions in the fields of management, planning, and development of Jerusalem. For the past year and a half she has served as the vice president of planning for the government company “Apartment for Rent”. Before that, she served as the vice director general  for the Jerusalem Development Authority for nine years. Previously, she held a wide variety of positions in the field of planning, including as a planner on Jerusalem’s regional council of building and planning. In recent years, Tzur has been an initatior of central projects creating a change in the city, including Train Track Park, First Station, and turning Hansen House into a thriving cultural center.

In her role as the general director of the Jerusalem Foundation, Tzur will work to consolidate the Foundation’s strategy to impact a wide variety of fields in Jerusalem, including culture, community, eastern Jerusalem, and education.

“Anat Tzur has a lot of experience in the fields that the Jerusalem Foundation works in, as well as a vast knowledge of Jerusalem and its institutions that she has built up over the years”, said chair of the board of directors David Brodet and Jerusalem Foundation president Yohanna Arbib Perugia in a joint statement about the appointment.