Dr. Harold Rhode spoke at the JPC about “America and The Arab World: Post-Election Options.” Dr. Rhode, an American specialist on the Middle East, worked as an analyst at the Pentagon for 28 years, between 1982 and 2010. In his talk, which was vivid and at times blunt, Dr. Rhode said that the current alliance Israel enjoys with its Sunni neighbors is only tactical, based on the general concern about Shiite Iran. He didn’t rule out the possibility of a regime change in Iran, provided that the United States chooses to exercise its power rather than just flee away from any confrontation, in a Middle East that does not appreciate weakness. In his opinion, if Hillary Clinton is elected, then the current US approach to the Middle East will continue, because she represents the establishment. If, however, Donald Trump is the next President (which Dr. Rhode thinks is possible, because, in his words, the American people had enough), then there might be some significant changes. 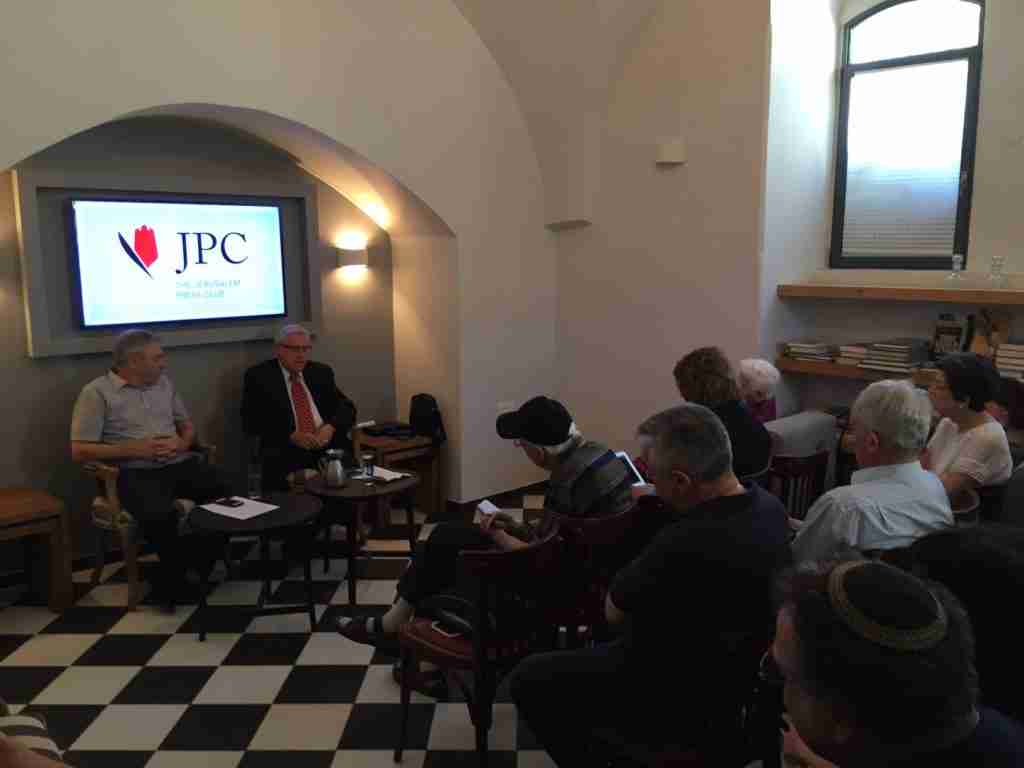 About the Speaker:
Dr. Harold Rhode is an American specialist on the Middle East. He worked as an analyst at the Pentagon for 28 years. Harold Rhode studied in and traveled extensively throughout the Islamic world and has studied and done research in universities and libraries in Egypt, Israel, Syria, Iran, Afghanistan, Turkey, Uzbekistan and Kazakhstan.
Harold Rhode taught Islamic history at the University of Delaware as an adjunct professor from 1979 until 1981. In May 1982, he joined the Office of the Under Secretary of Defense for Policy at the Pentagon as an adviser on the Islamic world with a special emphasis on Turkey, Iran, and Iraq. He retired from this position in 2010. During his tenure he wrote papers on how to understand, negotiate, and deal with Turkey, Iran, Central Asia, and other Arab countries.

During the Gulf War, Rhode served as the Turkish Desk officer in the Office of the Secretary of Defense (OSD). While having this position he wrote papers for OSD officials on Iran, Iraq, and other Middle Eastern issues.

Between 1991 and 1994 Harold Rhode served on the US Department of Defense’s Policy Planning Staff. While in this position he wrote strategy papers on Middle Eastern and Central Asian topics.

From 1994 until 2010 Harold Rhode worked as an adviser on Islamic Affairs in the Office of Net Assessment, an in-house think tank for the Pentagon.